This is the time of year where we need to take time to reflect and remember those who we have lost this past season. At this time we know that they are all in God’s care and we need to remember that. I wish to say from all of the Officers and Board of Directors of MARFC Happy Holiday’s to all of you and may you have a Joyous and safe New Year.

On a Sad Note! We send our deepest sympathies to the family of long time member Lee Poczik who passed away last month. Our thoughts and prayers are with his family at this time. 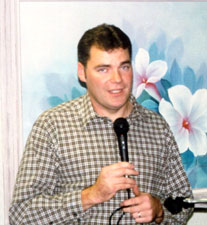 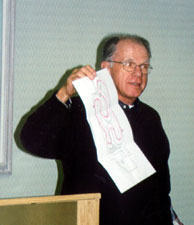 A very special thank you to Ron Drager & Roy Mott and the Toledo Speedway for adding an extra fan club day last month. Many fans were on hand and had a great time watching the Sportsman cars run and well as the conci races for the Glass City 200 Late Model show.Thanks again to all the staff at Toledo Speedway for a great night.

All of us here at MARFC would like to send our deepest sympathies to the family of Dion Kevin Parish a Kalamazoo resident and modified driver that was killed during a practice run at the Kalamazoo Speedway last month. Our thoughts and prayers are with his wife and children at this time.

Get well wishes to Modified driver Tim Avery who had a very bad crash at Mid-Michigan Raceway Park. Tim will be out of action for up to nine months with a broken back and we hope and pray that he will be able to return to racing again sometime next season. Good Luck Tim and a very speedy recovery.

Don’t forget our monthly meetings start this month and our guest speakers will be Kevin Feeney AVSS Sprint car driver and Mike Brudell writer for the Detroit Free Press. So come on out and have a good time.

As the 2002 season finally wound down, Toledo Speedway added a special surprise Fan Club Day to the schedule. MARFC Members were admitted free to the Saturday preliminary events for the Glass City 200. A Special Thanks to Ron Drager and Roy Mott for this last opportunity to see some fabulous racing this season. 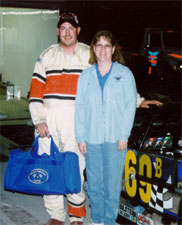 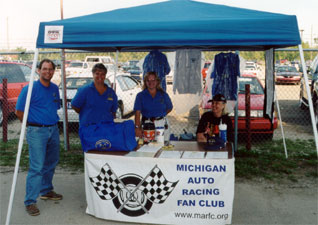