Sorry for the delay on the 2019 53rd Annual Awards Banquet Recap! Been quite a whirlwind this past month. So here we go! Just over 400 folks braved through what Mother Nature had for us that evening and all had a great time once they arrived. Randy “Wolfman” Adam started out a little slow but, picked up the pace and by the time he was finished we did 100 in just about an hour. Great Job Randy! Our top award winners were: The Presidents Awards to Stanton Nawrocki aka Rocky Fisher. Longtime MARFC member and open wheel racer as well as belonging to several racing hall of fames was on hand with his entire family all the way for Fort Wayne, Indiana. Our Vito LoPiccolo Memorial Award winner Ron Drager was on hand to accept his award and was greatly appreciative of the award named after his good friend Vito. Vito’s daughter Linda was there to help with the presentation. Jack Hewitt was unable to be at the banquet be sent his greatest thanks to MARFC for the 2018 Eddie Sachs Memorial Lifetime Achievement Award. Fox Sports Broadcaster Matt Yocum also made the trek up to Michigan to receive our MARFC Media Award for 2018. Matt talked about the grass root racing here in our state as well as the younger kids coming up in racing especially the young ladies. He said there was a time the ladies didn’t even come to the races and now they are a main part of our sport.

MARFC Special Appreciation Awards went to long time member Jack Oakley who donates his time to video tape many of the racing here in Michigan for the racers and fans who love our sport just as much as he does. Next John & Kathy Naida were presented an appreciation award for the many years of service they gave to the SOD Sprints on Dirt Series as they plan on passing the torch to new owners this season. Then our Special awards were presented to: Arthur Raceway as MARFC Promoter of the Year, with Jimmy Tucker taking home the MARFC Mechanic of the Year honors. MARFC/ Randall Ginter Fan of the Year went the longtime member John Grzeck for his loyalty to the club and the many events he attended this past season. MSPA Promoter of the Year Award was presented by MSPA President Ron Drager to Gary & Donna Howe of the Kalamazoo Speedway. MARFC Appreciation Awards were also handed out to Barb Gullett for her work on our annual children’s Christmas Party as well as working hard as Secretary/Treasurer of our club. Rick Kilborn, Tyler Moore, Matt Szecsodi & Caiden Baily were all given awards for bringing their racers through the snow infested weather and have them on display. Thanks to all the helpers who assisted setting up and taking down for the banquet.

We here at MARFC are sending out our best and warmest wishes that everyone fans, racers, sponsors, and track owners a very HAPPY NEW YEAR of Racing in 2019. May we all be blessed with good health, great weather and some of the best racing in the country right here in our Great state of Michigan. Once again Happy New Year to all!

We here at MARFC wish to send out our thoughts & prayers for getting well to many of our club’s members who are battling illness for the past few months and even longer. We ask that the Lord to reach out and touch those who are in need of healing and ask that they all feel the healing hand of the Lord. We still need prayers for Longtime Board member Fran Russo who is in a long-term rehab center. Also, Past President Bill Stone & his wife Arlene could still use some prayers. Past Board member Chuck Horan is doing well after his surgery and we send him get well wishes also. Heard the MARFC member Kathy VanDeusen has been under the weather for quite some time and could use so cheering up. Prayers need for MARFC member Chuck Darling’s step son Brandon Curtis & Michelle McMillian who suffered a home fire early on Christmas morning and lost just about everything, if you would like to help them there is a go-fund me page on face book that you can donate through just look for fundraiser for Michelle McMillan.

One more who needs our prayers is Longtime Member and Crystal Motor Speedway track owner and our close friend Ron Flinn. He is dealing with some health issues and will need prayers for a quick healing process. Anyone else who needs thoughts & prayers we send out our best wishes for speedway recoveries for all. “May the Good Lord Bless and Keep these folks” 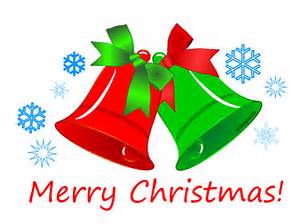 To all MARFC Members: May all of you have a very Merry Christmas! My it be safe for all who are traveling during these holidays to be with family & friends. May the Lord Bless & Keep you and yours on this day and remember the reason for the season.

Once again Merry Christmas to All! Bill Barnhart MARFC President