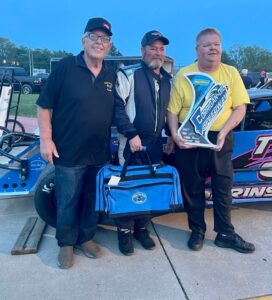 CORRIGAN OIL SPEEDWAY FAN CLUB NIGHT Tom and Tracey Hernly took a chance on the rain missing the track and won with that decision. It was a great night of racing with Super Late Models, Modifieds and Pure Stocks. The helmet bag winner was MARFC Member/Driver Walt Obrinske Jr. Walt was cited for his sportsmanship and also his support of MARFC. The member drawing winner was new member Virginia Bleck. Thanks to Karl Zarbo, David Howe and Rand Thompson for helping at the table. Thanks to Tom and Tracey as well as Sean Sprague, announcer, for their assistance getting our awards in with the threat of (the r word). (Photo: MARFC Bag winner Walt Obrinske Jr.) 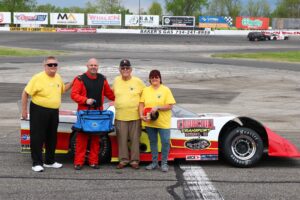 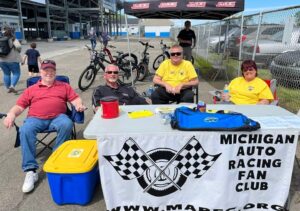 FLAT ROCK SPEEDWAY FAN CLUB NIGHT The first Fan Club Night of the year was held on a warm and windy Saturday with a great MARFC member turn-out as well as new members that signed up at the track. The helmet bag was awarded to Chris Benson for his 25 years of devotion to the speedway. Thanks to Karl Zarbo, Nancy May, David Howe and Rusty Daggett for working the MARFC table. Thanks also to Scott Schultz and Gary Lindahl for being great hosts as well as Rand Thompson for photos. 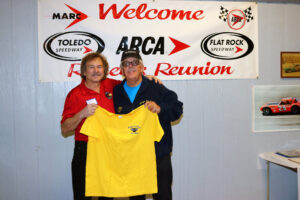 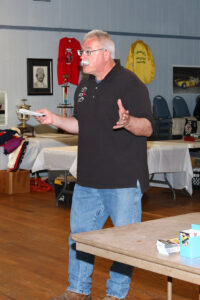 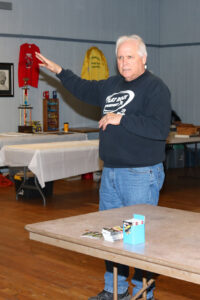 The April 9th meeting at the Toledo Speedway Bar & Grill was held in conjunction with the ARCA/Flat Rock/Toledo Racers” Reunion.  After a two year pause due to Cov-id, there was a very nice turnout of former racers and fans Brian Norton, Scott Schultz and Ron Drager did an outstanding job of hosting the event. MARFC held the April general membership meeting following the Reunion. The Bi-annual election of the Board of Directors told place at the meeting. The results of the election are:

Following the election of the Board of Directors, we had four great speakers. Ron Drager and Scott Schultz gave attendees updates on Flat Rock Speedway, Toledo Speedway and ARCA. Scott talked about plans for Flat Rock’s 70th Anniversary night of racing and celebration on July 9th. Outgoing MARFC President Bill Barnhart shared some historical perspectives about MARFC and his observations from his long tenure on the Board and as President. Those in attendance at the meeting also enjoyed hearing from longtime ARCA Menards Series driver Brad Smith, a lifetime Michigan resident who teamed for several years with the legendary James Hylton. He shared he will run a total of 24 races this season in the ARCA Menards and ARCA East Series. Smith had already driven in races at New Smyrna, Daytona and Five Flags Speedway in Florida, as well as Phoenix. (Photo Top Left: President John Jackson & Brad Smith) (Photo Center: Ron Drager) (Photo Right: Scott Schultz) 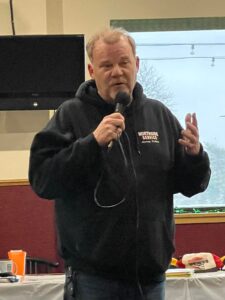 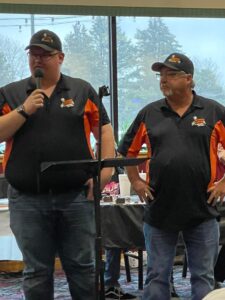 There was another great turn-out for the March General Meeting at the Royal Scot Bowling and Golf Center in Lansing which also included the Annual Bowling Tournament. 46 Bowlers and over 80 people attended. Details about the winning individuals, teams and special award winners can be found on our Facebook page and soon on our website. A huge thank you to Chuck Darling and family for organizing this again and to Jeff Finley and Northside Towing for being the title sponsor. Thanks also to Speedway for the gas cards, Chad Finley, Drive Train Specialists, Reflections Boutique and the many other donors for the raffle. (Photo Left: Jeff Finley)  ( Photo: Right: Zach Hiser & Rich Frantz)