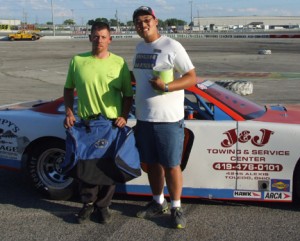 The club went to Flat Rock’s Sister track, The Toledo Speedway on the 22nd of June. The MARFC Helmet Bag was presented to Matt Bunting, driver of the #19 Street Stock for his and his families  long time support of both Speedways. MARFC Member prize winner was Iris Anton. Many thanks to Ron Drager, Scott Schultz and the staff at both speedways, especially Track announcer Gary Lindahl for all of his plugs for the club both nights. Table helpers at Toledo were Jeff Horan, Paul Anton, and Bob Ryder. 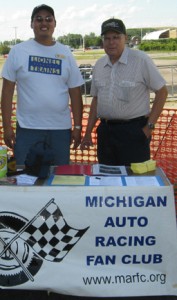 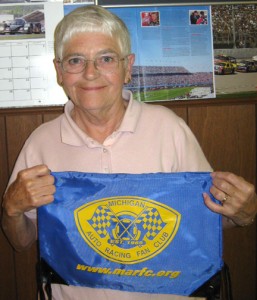