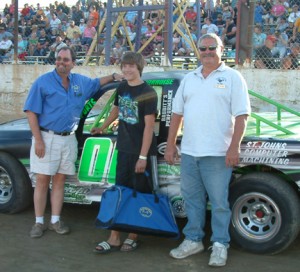 June 9th saw the club make its way over to the middle of the state for some more great dirt racing at the Crystal Motor Speedway on a hot early summer night Ryan Paradise, driver of the #06 Pro Truck was presented the MARFC Helmet Bag while Robert Dickey was the winner of the MARFC Member drawing. Ryan is in his first year of Pro Trucks after moving up from the “Flinn Stocks”. Ryan has a large amount of support and help from his family and is keeping his grades up in school while working with the demands that racing puts on a drivers time. Table helpers were Dennis Trinklien, Doug Jakeaway, and Dave Dobner. Many thanks go out to Ron, Ryan, and Mary Jane Flinn as well as the staff of the Crystal Motor Speedway and to track announcers Roger “Shut Up” Williams and Trevor Hollis for all of the hospitality the club was shown. 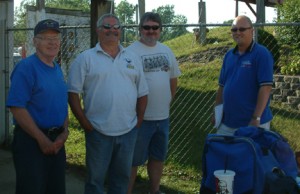