With the holiday season coming upon us later this month we here at MARFC send out a “Very Merry Christmas” and a “Happy New Year” to all of our members across the state and country. May God Bless and keep us all safe through out this holiday season.

With the state that the economy is in and heading we need to pray that things will turn around soon. There will be many new changes in our racing community in the 2009 season. With some tracks hurting badly this season they will find it hard to return next year and run a full schedule if they run at all. But, on the other hand there are a few good changes that were made earlier this year that will help make 2009 better. With Owosso & Dixie under new management and the sale of Springport to a gentleman who intends to make major improvements to the facility to make racing even better there. We here at MARFC wish all who are making changes for next season well and pray that we all will find great and outstanding racing in 2009. So keep your fingers crossed and we will see you at the races.

It is also time to renew your membership for 2009. In order save the club mailing costs we will be removing members who have not renewed as of our February newsletter so make sure you get your renewal in ASAP.

It is Banquet Season!

What a great night we had with a nearly packed house on hand to see all the old Motor City Speedway photos and items on display. 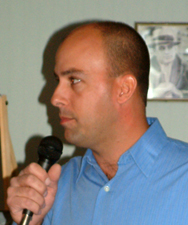 First guest speaker on hand was the Toledo Speedway Sportsman Champion for 2008 Jim Froling. Jim told everyone about where he started racing and all about the Wolverine Racing Team that he drives for currently. Jim has raced karts, Street Stocks, Late Models Sportsman through out his racing career. He looks forward to the 2009 season with hopes the economy will turn around by race time.
Originally we were to have Ken Zeiter and Skeeter Ross as our other guest speakers but, unfortunately Ken Zeiter had shoulder surgery just a week before the meeting and Skeeter Ross was under the weather with an inner ear infection so they couldn’t attend the meeting. 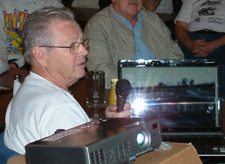 Then Steve Wolski gave a power point presentation with nearly a 100 photos from the start to the end on the Motor City Speedway. He did a great job and had many other posters and original items from the speedway for all to see. 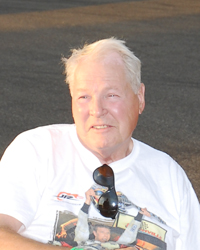 After a short break the legendary Joy Fair told us on a few of his stories from Motor City as well as others about his racing career.