First off this month I’d like to send out a few get well wishes to some club members. Larry Loynes who is the announcer of both Dixie & Auto City Speedways had a fall awhile back and is on crutches again this time it is his other knee that was injured.  Also Terry Fitzwater’s better half Pam is in need of our thoughts and prayers as she is still not doing well after suffering a stoke back in the summer.  Terry we send our regards to you and Pam.  “Poor Paul” Zimmerman was also under the weather for awhile and I just heard he is still not doing well at all.  May all of you Get Well Soon! 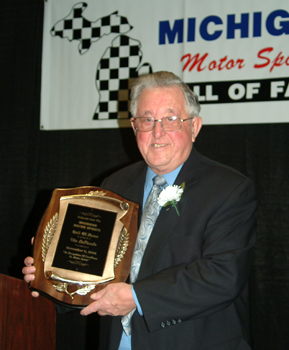 The Michigan Automobile Racing Fan Club was proud to see the first President and one of the founders of our club inducted into the Michigan Motor Sports Hall of Fame on November 5, 2006. With nearly 50 members on hand Vito was inducted by one of the other club founders Willis Flokstra. Many of Vito’s friends and family members were also on hand to see him receive this great honor. From all of us here at MARFC once again we say Congratulations Vito it has been along time coming. 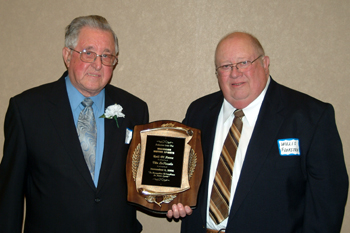 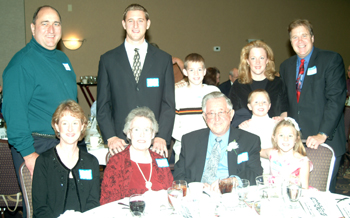 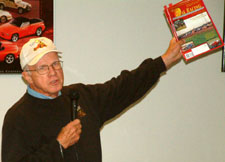 We had a large group attend the October meeting. Our first speaker was Bob Capps and he spoke to us about the magazine he writes for Vintage Oval Racing.  He just finished a great story on Joy Fair last month and this month he has a good one with Benny Rapp.  Bob also talked about Kart 2 Kart that he does the PR work for. 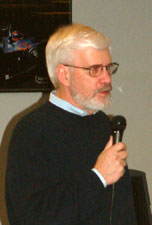 Next we were treated to a slide show presentation on Motor City Speedway that Al Blixit Jr. set up from the 30’s through the 40’s.  Boy was it outstanding and he is working to put together a book and have it out late next spring.  He brought many photos for all to look at after the meeting.  Many members recalled a lot of stories from the old Motor City days.