Our annual trek to the Toledo Speedway Bar & Grille for our March general meeting was once again well attended. ARCA President Ron Drager was on hand and told the crowd about the way ARCA and Menards are working together to keep the series running as ARCA has no title sponsor at this time. Ron also informed us about how the partnership with SPEED TV is once again high in the ratings. We also watched the year in review video from the 2010 ARCA season that is shown at the ARCA banquet. Then next we had General Manager Scott Schultz who informed all of us about the changes at both the Toledo & Flat Rock Speedways. Scott told us of how the Factory Stock division and the Street Stock divisions will combine this season at Toledo and then ultimately at both tracks by 2013 as Street Stocks.

Gary Lindahl was on hand to tell a few racing stories and talk about the Racers Reunion that was held earlier in the day at the Speedway Bar & Grille. Also because they we unable to attend our banquet back in January Tim & Patti Bihn were on hand to receive our 2010 MARFC Fan of the Year Award. They were very happy to receive this honor and are glad they could help support our club. 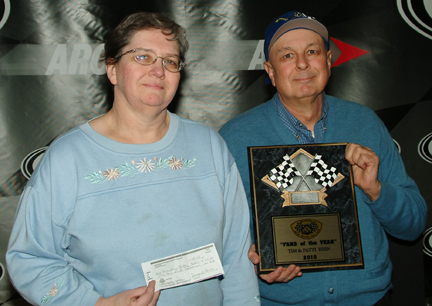 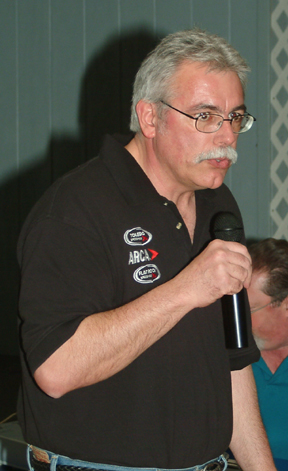