Wow, what can I say? Great weather, great people, great food, and a great time had by all. One more banquet is in the books and now it is time to get ready for the upcoming racing season. I would be remiss if I didn’t say Thank You to all who helped out by setting up or tearing down at the banquet hall as well as the following for their help in preparing for the Banquet. Larry and Sue Iacoboni as raffle prize chairpersons, Fran Russo as Ticket chairperson, Laura Tucker, Sue Ginter, and Cory Russell for selling raffle tickets, Bill Walters for picking up and organizing the trophies. Last but not least, Wild Bill Barnhart for getting the awards ordered and the program put together. Those folks took a ton of work off of my plate and did an excellent job. We are in the process of locking our Fan Club Days for 2010 and will have a tentative schedule on next month’s website update so you can begin planning your travels for the summer. If your name has been “HIGH LIGHTED IN ORANGE” on your printed newsletter then you need to renew your membership for 2010 RIGHT NOW so you don’t miss out on the benefits of being a MARFC member as you don’t want to miss out any of the great events being planned for the 2010 racing season. 2010 membership cards will be mailed out with the March newsletter and as always. If you have any questions or comments e-mail me at president@marfc.org.

Please accept my apologies for the very late update for February

All of us here at MARFC extend our condolences to the family of longtime member Jim Stocker, who passed away on March 3, 2010.

Jim was a longtime member of MARFC as well as a past honoree, winning the Street Stock B main championship on more than one occasion at the Flat Rock Speedway where He was a 20 year competitor. God Speed Jim

All Photos can be viewed here 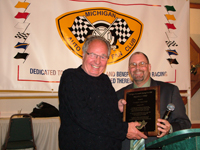 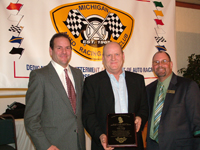 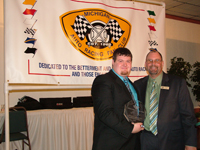 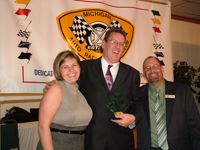 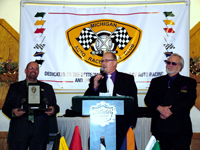